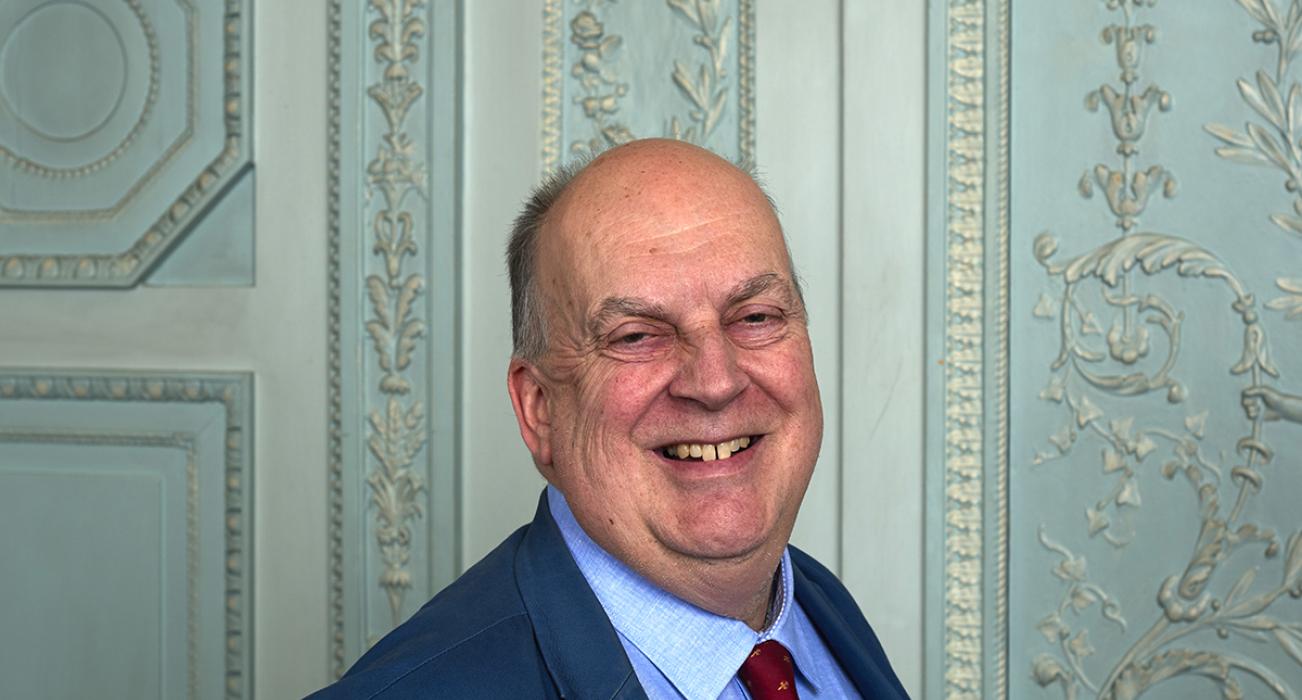 Working for the English-Speaking Union

I have worked for the English-Speaking Union of the Commonwealth for 40 years – ever since entering an ESU schools’ sixth form competition, also resulting in a student exchange to the US. It was my first time abroad. No-one in my north Essex family had gone on to higher education and, without the ESU’s help, I wouldn’t have had the confidence to apply to Cambridge. This January, I took over as Chair of the ESU, succeeding Lord Paul Boateng who had given five years’ distinguished service.

As an ESU volunteer for so long, I know the charity from the inside, contributing to educational activities for the young and disadvantaged, chairing current affairs events and helping our many members and branches in the UK and abroad and in our sister ESU in the US. I am also cheered by the distinction of the ESU Board, and not least our Treasurer, another Magdalene Member, James Scruby (1975). And that ESU confidence-boost given to me years ago still comes to the rescue. Nonetheless, the responsibility of the task ahead was re-emphasised in early March, at the Commonwealth Day service at Westminster Abbey, when asked to process with the Aga Khan as representatives of two of the most senior Commonwealth charities. Predecessors as Chair of the ESU include Winston Churchill and, more recently, Francis Pym. More Magdalene reassurance was at hand though with a friendly wave from David Hoyle (1988), as Dean, busily greeting Meghan and Harry (and others whom the world’s press were less interested in).

So, what is ahead? The English-Speaking Union was founded in 1918 in the aftermath of the Great War to promote people-to-people understanding, or, in the words of its founder, ”that international relations should not be left to governments alone.” That belief still stands strong today. As communities diversify, societies also seem more polarised, and there is a huge need to understand different perspectives and opinions. New technologies transform communication, but critical engagement is often lacking. The ESU aims to help young people – where English happens to be a common language – to listen and evaluate other points of view, to distinguish fake news from real. We hope to enable young people to disagree without being disagreeable and to learn that what they think and say matters.

Our ESU speech and debate programmes and cultural exchanges improve the ability to communicate effectively and civilly and they encourage academic attainment and a range of social, emotional and interpersonal skills. In recent years, we have worked in particular in areas of disadvantage, and as I lead the ESU with its formidably talented staff and its thousands of members, many working in local ESU branches in this country and in ESUs abroad, I hope to fundraise to boost participative as well as competitive activities. We offer fun, games-led workshops which encourage students to discuss a wide range of topical issues with an open mind. We sponsor speaker meetings on current affairs, promote oracy in the classroom (including through a new All-Party Parliamentary Group) and we provide teachers with Continuing Professional Development opportunities in speech and debate. Nationally and internationally, we also run public speaking and debating competitions and offer a variety of cultural exchanges for students, teachers and professionals to build relationships and share ideas across communities and countries.

These are challenging times for charities, but last year alone we development the oracy skills of over 10,000 young people in England and Wales and reached well over a million young people in over 50 countries through our International Public Speaking Competition. We introduced some 2,000 primary school students in disadvantaged areas to our Discover Debating programme, awarded 26 secondary school exchange and professional scholarships and provided 75% of all competitive debating in rural England. For many years now, the regional finals of ESU schools’ public speaking competitions have been held in Cripps Court Auditorium in Magdalene, which is also the venue for our annual ESU-Lindemann communicating science day for primary schools. This March, more than 100 ten-year-olds were enthralled by presentations (among others) by Magdalene Research Fellows Lisa Kreusser (2019) and Dr Alastair Gregory (2010), both hugely gifted in involving their young audience in talks about mathematical patterns and the way sound-waves work.

The College has been hugely supportive of these important outreach activities and it is a joy to see the excitement it brings to the children as well as to their teachers and parents. A father wrote to me after one of the primary school days: ”as parents of kids in a struggling state school, this kind of event meant a lot more to us, and to many people, than the somewhat media-led outreach... efforts Oxbridge... [seems] to excel in. And since Rowan Williams himself has called out Cambridge for being one of the most unequal parts of the country, I think it is excellent you are looking to Magdalene’s own doorstep with such efforts”. Feedback like that makes it all worthwhile.

And that confidence-building continues. Owing to my taking my seat in the Abbey without realising the need to process, I left my things under my seat as I scrambled to get to the off-position. This meant that when I processed out at the end I had to carry my elderly raincoat and a bulging bag exposing a half-eaten ham sandwich to TV-view the length of the Abbey. But then perhaps mixing formal skills with informality is the key to our work to unlock potential and boost confidence and achievement.