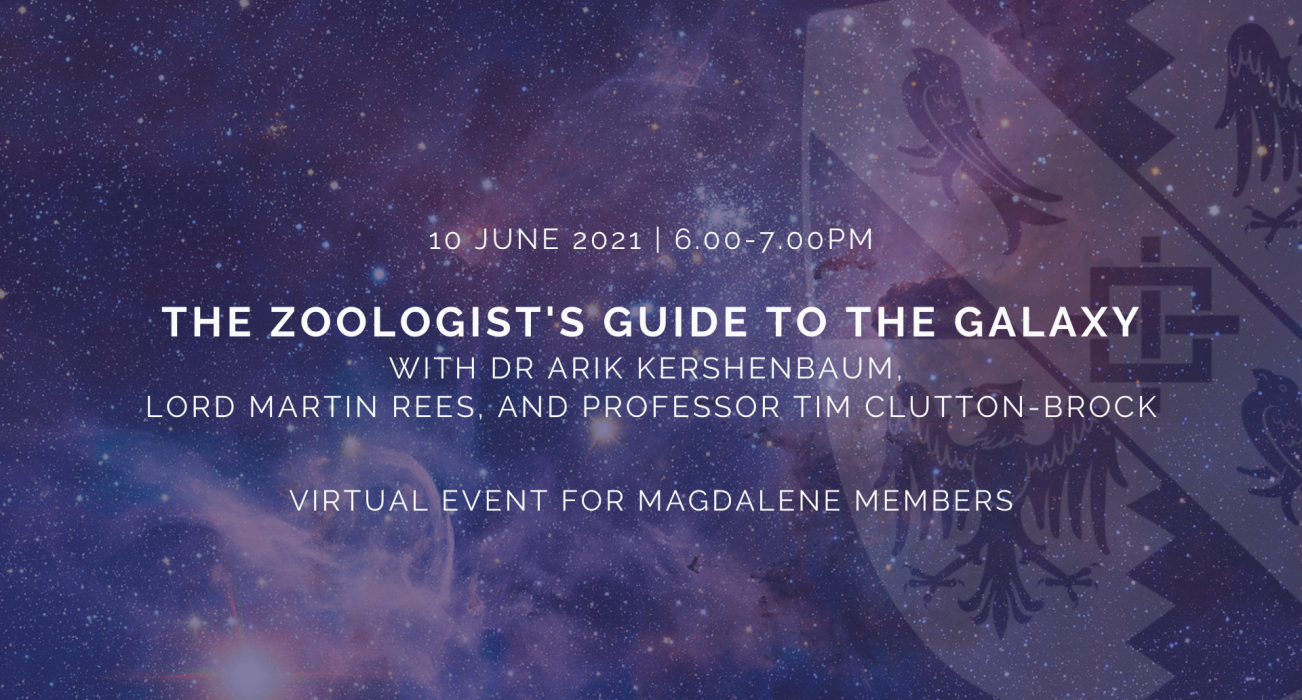 The Zoologist's Guide to the Galaxy

We are delighted to invite Members and guests to a virtual event chaired by the Master, Sir Christopher Greenwood, with Magdalene alumnus and Fellow of Girton College, Dr Arik Kershenbaum (1987) as he discusses his new book The Zoologist's Guide to the Galaxy - What Animals on Earth Reveal About Aliens and Ourselves.

Dr Kershenbaum will be joined in a roundtable discussion by Astronomer Royal and former Master of Trinity, Lord Martin Rees, and Magdalene Fellow and Zoologist, Professor Tim Clutton-Brock, as they consider the possible nature of life on other planets. Dr Kershenbaum argues that the evolutionary processes that are observed operating on Earth are universal, and a necessary requirement for the presence of complex life on any planet. As a result, many aspects of animal behavior are likely to be present in the equivalent lifeforms on alien planets. This includes certain features of social behavior, communication, and movement, the evolutionary origin of which on Earth is underpinned by universal processes.

The Zoologist's Guide to the Galaxy 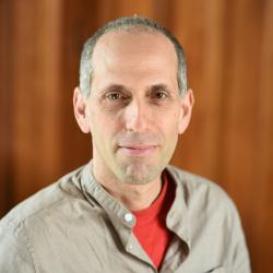 Dr Arik Kershenbaum matriculated at Magdalene in 1984 and read Natural Sciences. He is a Fellow and Director of Studies in Natural Sciences (Physical and Biological) at Girton College. Dr Kershenbaum's research focuses on animal communication and the information content in highly social and cooperative species, particularly cooperative predators such as wolves and dolphins. 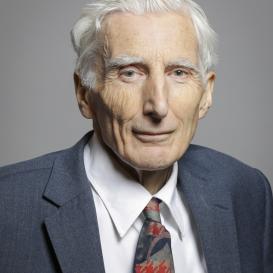 Martin Rees (Lord Rees of Ludlow, OM FRS) is an astrophysicist and cosmologist, and the UK's Astronomer Royal. He is based at the University of Cambridge where he has been Professor of Astronomy and Director of the Institute of Astronomy. Martin is a Fellow, and was the former Master, of Trinity College, Cambridge. Martin’s main astronomical research interests have been galaxy formation, cosmic jets, black holes, gamma ray bursts, along with more speculative aspects of cosmology – in particular, whether we live in a multiverse – and the prospects of detecting extraterrestrial life. 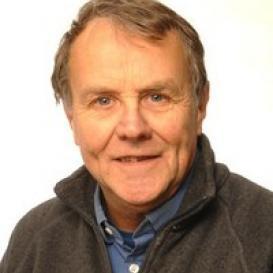 (1965) and Life Fellow of Magdalene College

Professor Tim Clutton-Brock matriculated at Magdalene in 1965 and read Physical Anthropology. He is a Life Fellow at Magdalene, who's research focuses on comparative studies of the behavioural ecology of mammals, particularly red deer and meerkats.In 2012, he was awarded the Darwin Medal from the Royal Society for his work on the diversity of animal societies and demonstration of their effects on the evolution of reproductive strategies, and the operation of selection and the dynamics of populations.