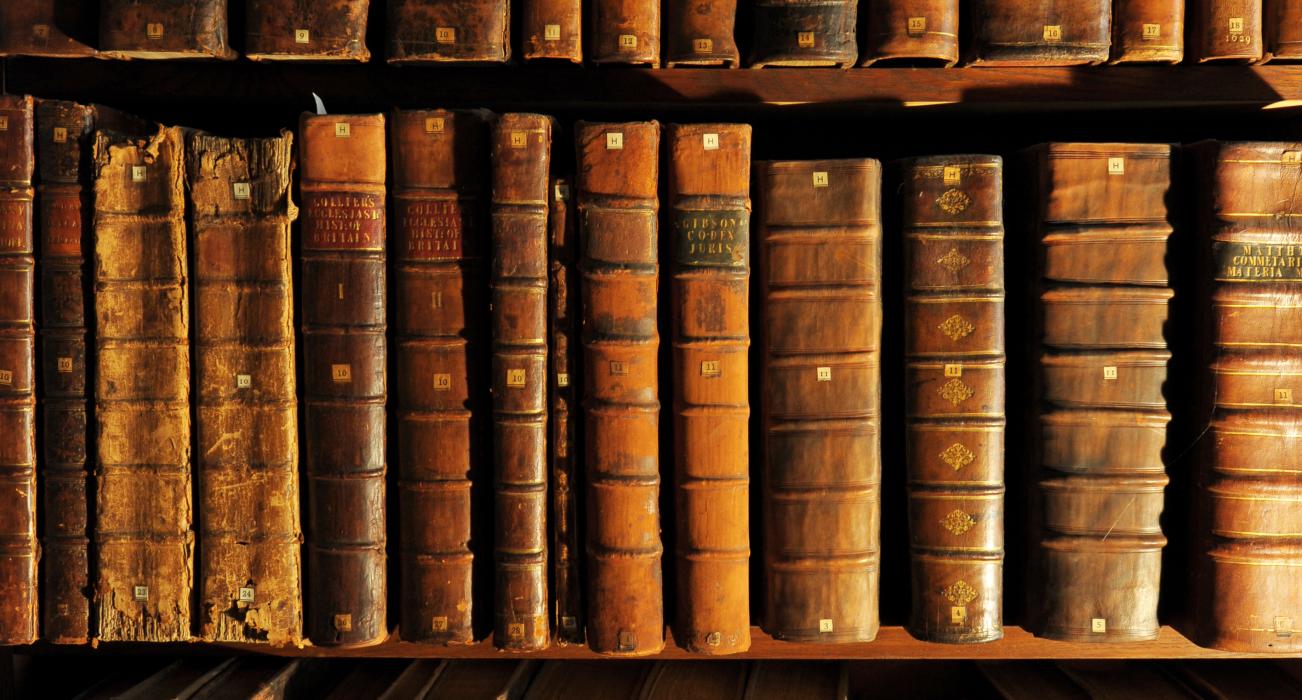 The College Library was separated from the Old Library in 1960, and established on the first floor of Right Cloister in the Pepys Building in Second Court.

The first extension (1967) was downstairs, into the Parnell Room overlooking Second Court, believed to have been occupied as an undergraduate (1865-69) by C.S. Parnell, Leader of the Irish Parliamentary Party, 1880-90. There is a small exhibition here concerning C.S. Parnell. The second extension (1972) incorporated the remainder of the ground floor of Right Cloister.

The third extension took place in 1990 and 1991, converting the remainder of the ground floor of the Pepys Building to library use, and incorporating the Wigglesworth Law Library, established in 1973 with a benefaction from W.S. Wigglesworth QC, (Magdalene 1924-27).

The Benson Reference Room perpetuates a memorial to A.C. Benson (Master, 1915-25), originally established in what is now the middle room of the Old Library. Benson himself as a Fellow lived in the ground floor rooms of Left Cloister between 1904 and 1911, and it was here that his best-known book From a College Window (1906) was written.

If you have any questions or queries about the College Library please contact the Deputy Librarian or Libraries Assistant.