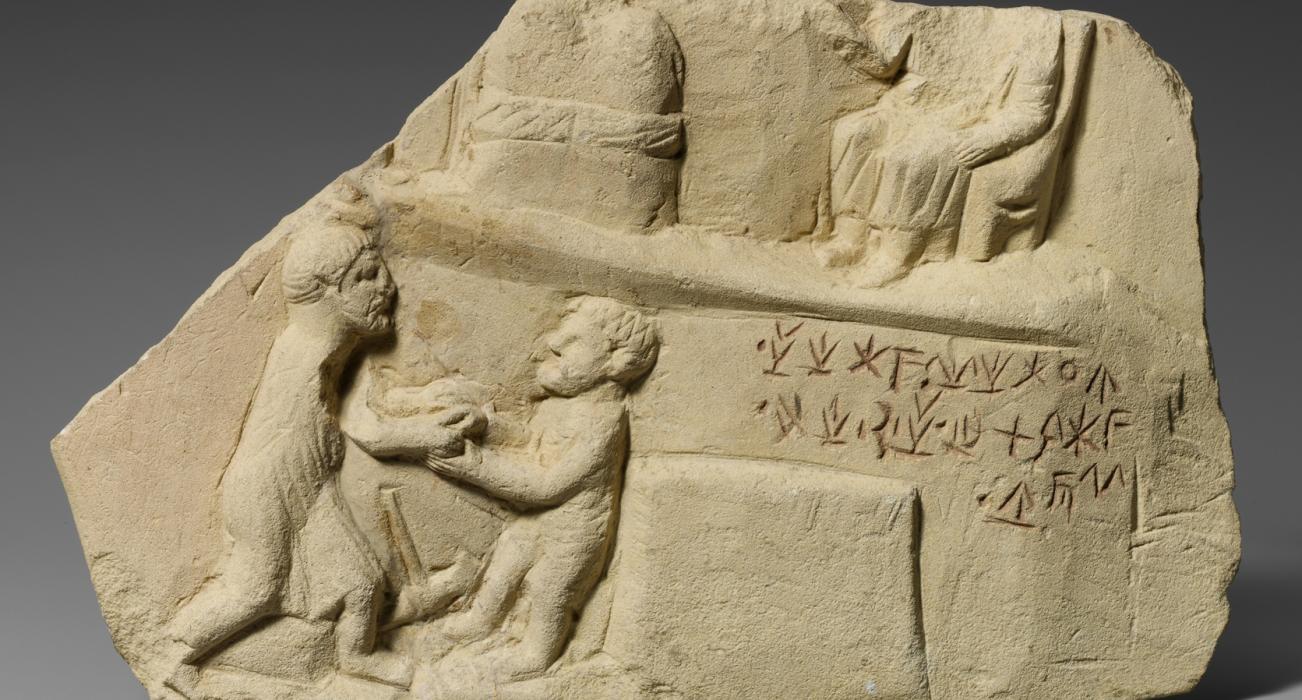 Writing in the Ancient Mediterranean

I have spent the last ten years working on the languages of ancient Cyprus, and one aspect that always interested me is the use, by Greek-speaking Cypriots during the first millennium BC, of a unique writing system unlike anything in use around the Mediterranean at the time. While Greek speakers elsewhere used the alphabet that is still familiar today, those in Cyprus used a syllabic system (where each sign represents a vowel or consonant+vowel combination) that had once been used for other languages on the island. This visually distinctive system was for a long time symbolic of ‘Cypriotness’ and we have around 1,500 surviving inscriptions written in it, from quotidian notes and graffiti to elaborate political, religious and funerary monuments.

Cyprus is by no means the only part of the ancient world to use writing as a symbol of identity, or to develop traditions of writing that might seem overly elaborate or unwieldy. Think of extravagant, decorative Egyptian hieroglyphs, for instance, or even the tiny intricate complexes of wedges in cuneiform writing in the Near East. I became very interested in the vast array of choices that people and societies make about the way language is written down and what writing is used for, and I feel very fortunate to be the recipient of a large grant that has enabled me to explore these questions further with a research team. My project, Contexts of and Relations between Early Writing Systems (CREWS for short), focuses on a number of case studies around the eastern end of the Mediterranean, and aims to develop new ways of studying writing in the ancient world.

Although it is often viewed as a somehow ‘natural’ phenomenon, one could argue that language itself is a socially embedded practice: the way we use language (and sometimes even the language we use) is influenced by the present situation, the other participants in a conversation, the way we want to present ourselves and many other socially-determined factors. Writing is perhaps even more so, because it involves physical and cognitive processes that are conditioned by exposure to a created and developed social tradition – by which I mean that writing involves more than knowing a language, because you also need to know the repertoire of the writing system and how to use it, how to encode and decode, what to write with, what to write on, how to accomplish the physical act of writing, and so on.

Late Bronze Age Greece, the subject of my current research, provides an interesting example of the way in which the social context of writing is fundamental to its usage and even its existence. Across Crete and mainland Greece, a writing system that we call “Linear B” was used to write administrative records in an early form of the Greek language (Mycenaean Greek). All the surviving evidence we have for this writing system is administrative in some sense, mostly in the form of clay tablets that record lists of commodities and personnel, indicating a developed and centralised economic system based around individual administrative centres. But what is strange is that we don’t find Linear B graffiti. People don’t write their name on personal or valuable items in Linear B. There is no such thing as a monumental Linear B inscription (i.e. one intended for public display). We could be missing records on materials that have long perished (e.g. parchment, papyrus, wood) but even if that were the case it would not explain why characteristic markers of wider literacy are absent from the Mycenaean world – unlike in other areas of the Mediterranean at this time.

The mystery deepens when we look at the fate of the Mycenaean administrations. The administrative centres were destroyed in fires – of unknown origin – mostly around 1200 BC, with clearly catastrophic effects on these people’s way of life. Whatever these crises were, they resulted in massive social changes that led into what have sometimes fancifully been termed the ‘Dark Ages’ of the Early Iron Age. Linear B shared the same fate: the writing system was quickly lost as its context of use disappeared. Crucially, the restricted nature of that context, where writing was presumably considered to be an administrative tool first and foremost, and perhaps exclusively, meant that there was no reason for anyone to continue using Linear B.

Longer lived writing systems are typically ones that have a higher ‘vitality’ because they are associated with more widespread or higher levels of literacy and are used for a wider range of purposes, and so are also more likely to be maintained and passed on to other social groups. This dynamic aspect is key to their survival. The Roman alphabet in which I am typing now is a perfect example, in fact, and over nearly 5,000 years has been adopted and adapted for scores of languages and communities. There are valuable lessons to be learned here, and they may in turn help campaigners today who aim to raise awareness of indigenous languages and communities all over the world who are losing the unique traits of their identities and cultural histories (curious readers may be interested in the UN’s campaign for the International Year of Indigenous Languages). 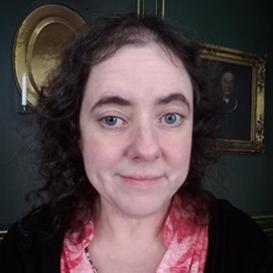 Dr Philippa Steele is a Senior Research Fellow at Magdalene College, and a specialist in ancient languages, literacy, and writing systems. Dr Steele runs the ERC-funded project Contexts of and Relations between Early Writing Systems (CREWS), based in the Faculty of Classics to develop our understanding of how and why writing systems change over time and can be passed on from one society to another.