Law is at the heart of the functioning of human societies. All aspects of life are permeated with legal questions, whether at the level of interactions between states, between government and citizens, or between private individuals and commercial organisations.

While many of our graduates go on to legal careers, the Cambridge law course aims not to be merely a pre-professional training: the mastery of the detail of the law is important, but it is important as a foundation upon which to build a firm understanding of the principles and concepts which are at the root of legal systems, to examine the policy behind rules of law, and to consider the effects of those rules in practice.

More details on the Cambridge law course are available on the University website.

Magdalene has a large, friendly, and active legal community, with two Fellows who are University Teaching Officers in Law. Since 2002 Magdalene law students have won 23 University prizes in the Law Tripos (including five, in 2003, 2004, 2008, 2013, and 2017 for coming top of a Part of the Tripos across the University), and five in the LL.M. Examination, together with success in University, national, and international mooting competitions. The Wigglesworth Law Library has a strong core collection of legal materials, and the College Law Society runs an active programme of social and academic events.

The Archie Leslie Travel Scholarship is available to undergraduates reading law at Magdalene. College scholarships are awarded on the basis of university examination results and there are several named College prizes.

The College Law Society plays an important role in Magdalene's legal life. The officers of the society are undergraduates, and they play a major part in organising the society’s activities. The society organises social events each term, together with a careers evening, a second-hand book sale, and a range of mooting.

A moot is a mock hearing in an appeal court (usually the Court of Appeal or the Supreme Court), in which two pairs of students take the role of barristers arguing each side of points of law before a judge or judges (either a law fellow, or other students). There is a workshop on mooting each year, and an 'exhibition' moot against Jesus College in the first term of each year in which experienced mooters demonstrate the art to new students. In the second term of each year the College Law Society organises a college mooting competition for first years, the winners of which usually moot against Downing College before a senior external judge. The highlight of the Law Society's year is the annual Lawyers' dinner, held in college not long before the exams begin, an occasion for forgetting the pressures of revision for a few hours of fun and companionship.

Law is and always has been close to the heart of human civilisation, providing structures for societies, structures for the interaction of groups and individuals within those societies, and, at the international level, structures for interactions between societies. National constitutions, family relationships, personal safety, commercial dealings, rights of privacy or free speech, rights to land, to bank accounts, or to intellectual ideas, treaties between states, are all founded upon laws. So if you are interested in human relationships, and the ways in which those relationships may best be mediated through legal structures, law may be right for you. You may also, of course, be interested in making a career as a lawyer, and a law degree is a good preparation for doing so, but there are very good intellectual reasons for studying law quite apart from the possibility of practising it.

We have no preference as to whether you have previously focused on arts or science subjects, or as to whether you have previously studied law, and have no particular subject requirements for A-level or equivalent. We are looking for an interest in law which is analytical, evaluative, and critical, and for  self-motivated, enthusiastic, people whose interest has already prompted them to begin to think about the law, and to take what opportunties are available to them to engage with it, from visiting a court to listen from the public gallery, to discussing the legal stories which abound in the media with friends. We are looking for an interest in how ideas can be expressed unambiguously in words, a capacity to move from particular instances of the law embodied in cases towards statements of general principle, and to apply those principles to new situations, and an ability to move beyond the rules themselves to consider them in their wider context, whether historical, economic, sociological, philosophical or political.

We have no particular subject requirements for applicants for Law, although, ideally, your AS or A-level choices might include at least one logic-based subject (e.g. Maths) and one essay-based subject.

Candidates attending for interview in Cambridge are required to take the Cambridge Law Test, which will be held in Cambridge at the time of the interview. Examples of questions (along with other information about the test) are available here.

Candidates will have two interviews, and may be asked to read a short passage immediately before one of the interviews, which will be discussed in the interview. No prior knowledge of law is expected or required at interview.

Candidates who are interviewed overseas will be asked to take the Cambridge Law Test at the interview centre.

Candidates being interviewed overseas may also be asked to submit an essay on any topic. The essay, which need have no legal element, should be about three sides of A4 paper in length, and will ideally be either a piece of school or college work. The essay should present reasoned argument and not simply narrative or description. 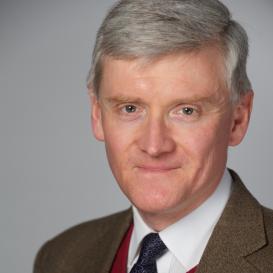 Dr Neil Jones is University Reader in English Legal History and Director of Studies for the undergraduate Law Tripos. Parts IA and II. He supervises undergraduates in land law and legal history. 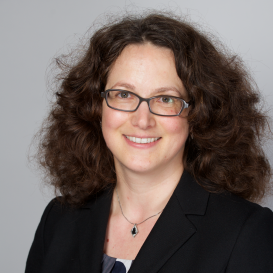 Dr Antje du Bois-Pedain is a Reader in Criminal Law and Philosophy in the Faculty of Law, where she lectures in criminal law and medical law. At Magdalene, she is Director of Studies for the undergraduate Law tripos Part 1B and the LLM and MCL graduate degrees in Law, and supervises undergraduates in criminal law. 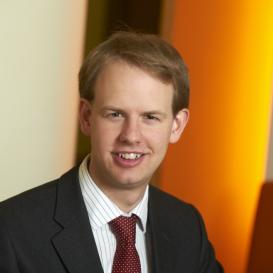 Mr Alistair Mills is a College Lecturer in Law and a practising Barrister at Landmark Chambers in London. He specialises is planning and administrative law, and supervises undergraduates in administrative law.