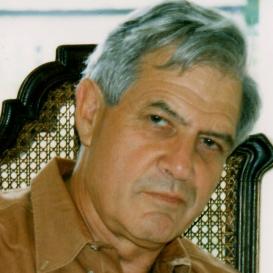 Denis Murphy came to Magdalene to read History as an undergraduate after an earlier education at Downside School and National Service as a Second Lieutenant in the Middlesex Regiment. He worked in the University's central administration in the Old Schools for several years before returning to the College as a Fellow and Bursar in 1977.

During his time as Bursar, he oversaw the College's two major developments: the Quayside development on the south side of the river, and Cripps Court on the north side of Chesterton Road. He sat on a variety of College committees, notably, the Finance and Investments Committees. In the wider University, he was a member of the University Financial Board, the Bursars' Committee, and the Kettle's Yard Committee; a Syndic of the Athletics Syndicate and the Societies Syndicates, and was Treasurer of the C.U. Golf Club (The Blues) for 30 years.

Mr Murphy's research interests include Italian Literature, and he is a member of the Pepys Club and the Sarawak Society.