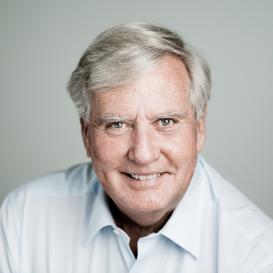 Chris Greenwood went to school in Singapore and Northamptonshire before coming up to Magdalene in 1973. He obtained his BA in Law in 1976 and LlB (now LlM) in International Law in 1977. During his undergraduate years he was President of the Cambridge Union Society (Lent Term 1976).

After being called to the Bar by Middle Temple, he became a Fellow of Magdalene in 1978. He served successively as Dean, Director of Studies in Law and Tutor. A Lecturer in the Law Faculty, he taught International Law, the Law of Armed Conflict, European Community Law, Criminal Law and Constitutional Law.

Chris left Magdalene in1996 to become Professor of International Law at the London School of Economics, specialising in international humanitarian law. During these years he also practised as a barrister, becoming a Queen’s Counsel in 1999. His court appearances included the Pinochet case in the House of Lords, cases about the Lockerbie bombing and the Kosovo conflict in the International Court of Justice and numerous cases before the European Court of Human Rights, the Court of Justice of the European Union and the English courts. He was appointed a Companion of the Order of St Michael and St George (CMG) for services to international law in 2002 and was knighted in 2009.

In 2008 he was elected by the United Nations as a Judge of the International Court of Justice and by Magdalene as an Honorary Fellow. He served on the Court until 2018 and was appointed a Knight Grand Cross of the Order of the British Empire (GBE) for services to international justice in the same year. The United States appointed him as one of its three appointees on the Iran-United States Claims Tribunal in 2018. A Bencher of Middle Temple since 2003, he was Master Reader of the Inn in Lent 2020.

Chris met his wife, Sue, at Cambridge and they were married in the College chapel in 1978. They have two daughters and two grand-daughters.

President of the Cambridge Union

Fellow of Magdalene College. Served as Dean, Director of Studies and Tutor.

Knighted in the 2009 New Year Honours