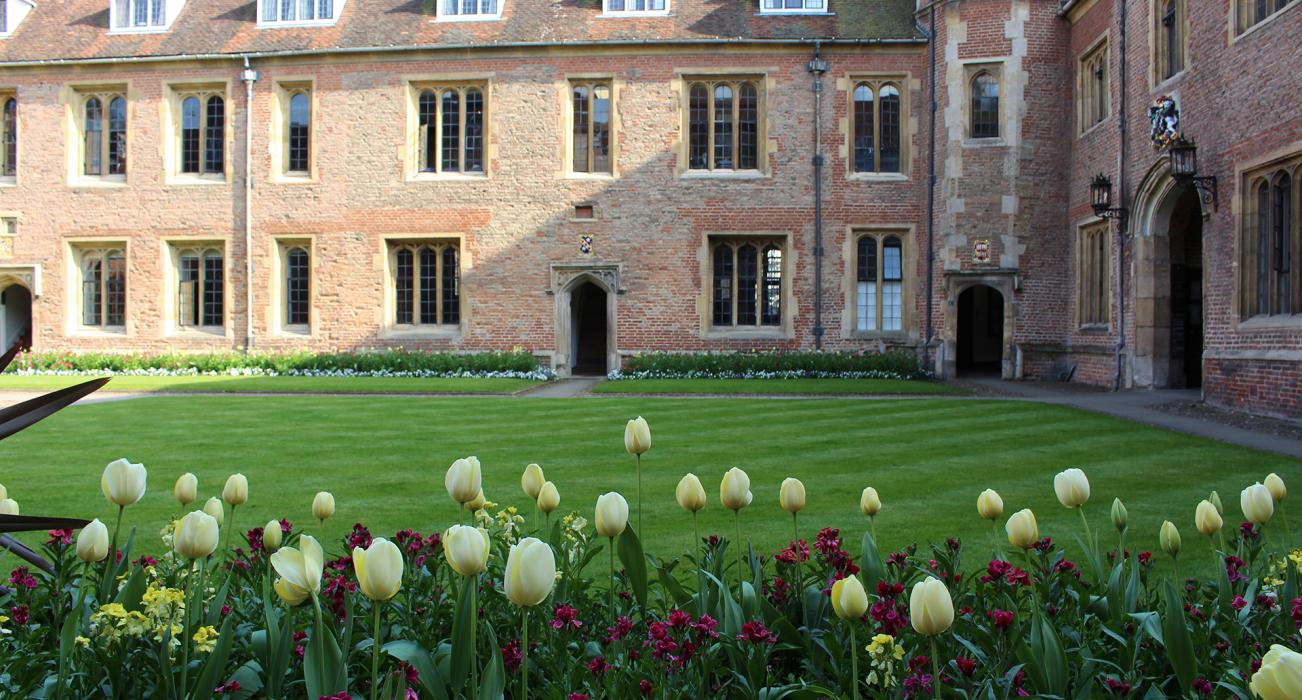 The Cambridge Modern Languages course is wide-ranging and flexible. It requires the study of two languages chosen from French, German, Italian, Spanish, Portuguese, and Russian.

Any one of these languages may, alternatively, be combined with Classical Latin or Classical Greek; and it is possible to combine one of the modern languages listed with certain Middle Eastern languages (e.g. Arabic and Hebrew) in the Asian and Middle Eastern Studies course. Both languages may be studied from A-level standard, or one language from A-level standard may be combined with a language you have not previously studied (or have studied to a lower level, such as GCSE).

Students wishing to pick up an additional new language may do so from the second year of the course. Choices include Catalan, Dutch, Modern Greek, Polish, Portuguese, and Ukrainian, subject to availability.

The first year of the course (Part IA) concentrates primarily on the study of language (written and spoken), with classes appropriate to the level from which the student is beginning. Beginners study the language intensively, using a variety of learning methods, and reach a standard similar to that of A-level by the end of the year. Post-A-level students study the use of the written language, translation from the language, and oral communication. As soon as possible in the first year beginners start to learn the language in context and some literary and other texts of a suitable level of difficulty are studied. Post-A-level students study a number of options (literature, film, linguistics, philosophy, history) to supplement their language study and to prepare them for more advanced study of such topics in later years of the course.

The second year (Part IB) brings the language work of those who were beginners up to the standard they reached in their post-A-level language at the end of their first year. More advanced language work (including translation into the foreign language and a course in Audio-Visual Media) is done in languages which were started post-A-level. All second-year students study a selection of literary or linguistic or historical topics from a wide choice. This choice includes options in linguistics and in medieval studies, though neither of these is compulsory. In the second year a portfolio of essays may (with certain restrictions) be offered in place of one written examination paper. It is also possible to pick up another language from scratch.

The third year is spent abroad in one or two countries relevant to the language or languages the student intends to specialise in in the fourth year. The third year may be spent studying at a foreign University, teaching as an English Language Assistant in a school abroad, or in some other form of employment in the foreign country. Preparation is undertaken during the year for both a final oral examination and a dissertation (or a 'translation project'). Advice and support throughout the year is available from the Faculty’s Year Abroad Office, and of course from the college’s Director of Studies.

The fourth year (Part II) builds on the year abroad and the previous two years in Cambridge and requires advanced language work (in either one or two languages) and the study of three specialised areas relating to the literature, language, history, thought, or other cultural aspects (e.g. film) of either one or two countries or language areas. Comparative options are also available in both language and literature. A second dissertation may be substituted for a written examination in one of the three specialised areas studied. Linguistics remains an available option in the fourth year. There are also a number of options that may be 'borrowed' from other subjects (e.g. English). The range of options chosen in the fourth year may be tailor-made to suit the interests of each student as these have developed through the course.

Students wishing to pick up a new language may do so. Choices include Catalan, Dutch, Modern Greek, Polish, Portuguese, and Ukrainian, subject to availability.

MML at Magdalene means a diverse group of students, at times offering up to 20 different languages between them! Our selection of candidates is based on a simple principle – we want to see bright and passionate students with enthusiasm for the languages and cultures of their choice studying together. This can mean French poetry, German philosophy, Italian dialects, Portuguese literature, Spanish film or Russian history, to name but a few (in alphabetical order).

We would like every MML student at Magdalene to feel part of a community of linguists and to encourage this, we have a party at the beginning of the year to say hello to the new students and to say welcome back to students starting on their 4th year, back from their Year Abroad. We then have a Christmas party to make sure everybody has settled in properly. In the Easter Term, we treat our students to an annual linguists’ dinner in the College Parlour.

We want dedicated and committed students – and in return we offer individual support (this could mean arranging extra supervisions – or it could mean a friendly ear when you need it!), huge chunks of encouragement and a friendly atmosphere.

Magdalene aims to admit four or five undergraduates for MML a year, and has in recent years received between three and four applications per place.

The College welcomes applications for any of the languages available in the Modern and Medieval Languages course.

Interviews are an important part of the selection process. We are looking for the most academically promising candidates (those able and willing to think for themselves, and well motivated towards our course), whatever the languages they propose to study, and there is no quota for any language. We are not looking for people who are simply 'good at being interviewed'.

At least one modern foreign language at A-level (or equivalent) is essential and this will be one of the two languages you apply to study. You do not necessarily need an A-level in your second study language. French is the only language that may not be taken from a standard lower than A-level in the MML tripos: in other words, if you want one of the languages you study to be French then you must be taking French at A-level or equivalent.

We are very open concerning other A-level and AS subjects: other languages and English are obviously particularly relevant, but we are perfectly happy with other arts or social science subjects and/or Mathematics and the sciences. The quality of the student's mind and keenness for the course are more important than the precise subjects studied for A or AS-level.

Magdalene College does not routinely ask applicants for Modern Languages to take the Advanced Extension Awards. Conditional offers are typically of A*AA at A-level or 41-42 in the IB overall, with 7,7,6 at Higher Level, though each offer is individually determined and occasional variations will occur. We do not normally require the A* to be in a modern foreign language.

All applicants will be interviewed by the Directors of Studies in Modern Languages, and one or two other language specialists, depending on the languages they propose to study at Cambridge. Interviews will include an orally conducted foreign language test in the case of the language(s) the applicant has taken or is taking at A or AS-level and wishes to continue at Cambridge. Part of the interview will in such cases be conducted in the appropriate foreign language. Fuller details are sent to candidates once they have applied. Candidates will be expected to demonstrate an interest in learning any language being taken ab initio in Cambridge but no knowledge of language will be required.

Copies of two school or college essays, one in English and the other in one of the languages you intend to study at university should be submitted with your application. They should have a cultural or literary theme, preferably relating to a European country or its literature.

Applicants invited for interview will also take a written assessment. The assessment for MML is a Cambridge College registered assessment. This means you will not need to register for this assessment in advance and the College will provide details directly to you..

The assessment will last for one hour and consists of two sections: a discursive response in a foreign language (40 minutes) and a discursive response in English (20 minutes). More details about the format of the assessment, including some sample questions, can be found here. Please note that your performance in the written assessment will not be considered in isolation, but will be taken into account alongside the other elements of your application 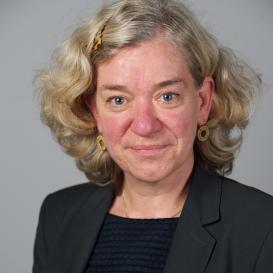 Ms Silke Mentchen is a Senior Language Teaching Officer in the Section of German and Dutch and a Fellow and College Lecturer in German at Magdalene, she is Director of Studies for MML students. 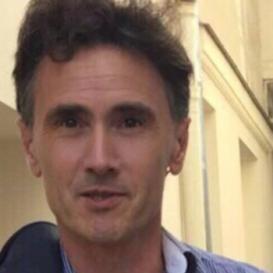 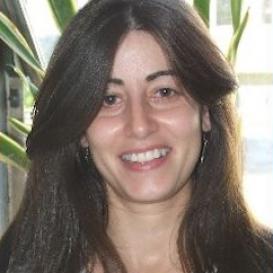 Mrs Silvia González Jové is a College Lecturer in Modern and Medieval Languages and Spanish Lectora at Magdalene. 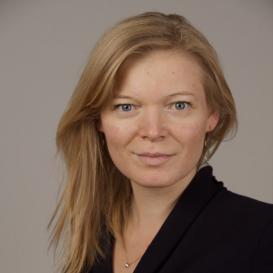 Dr Annja Neumann is a Senior Research Fellow in German at Magdalene and an Isaac Newton Trust Postdoctoral Research Fellow at Cambridge Digital Humanities and CRASSH. She also holds the position of an Affiliated Lecturer at the Faculty of Medieval and Modern Languages and Linguistics.

Dr Neumann specializes in interdisciplinary and practice-based research at the intersection of the Critical Medical Humanities, Critical Digital Humanities and Theatre and Performance Studies. Her current research interests focus on medical topography by exploring the theatricality of medical spaces with DH methods across history and geography. 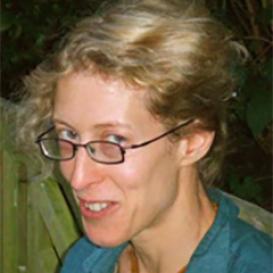 Dr Margaret Rigaud-Drayton is a College Research Associate in French. 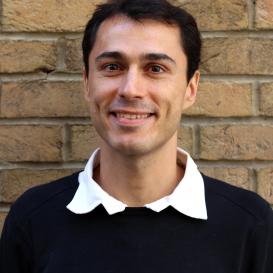 Mr Felipe Schuery is a Senior Language Teaching Officer and teaches Portuguese at all levels.

Contact the Faculty of Modern and Medieval Languages and Linguistics

Faculty of Modern and Medieval Languages and Linguistics