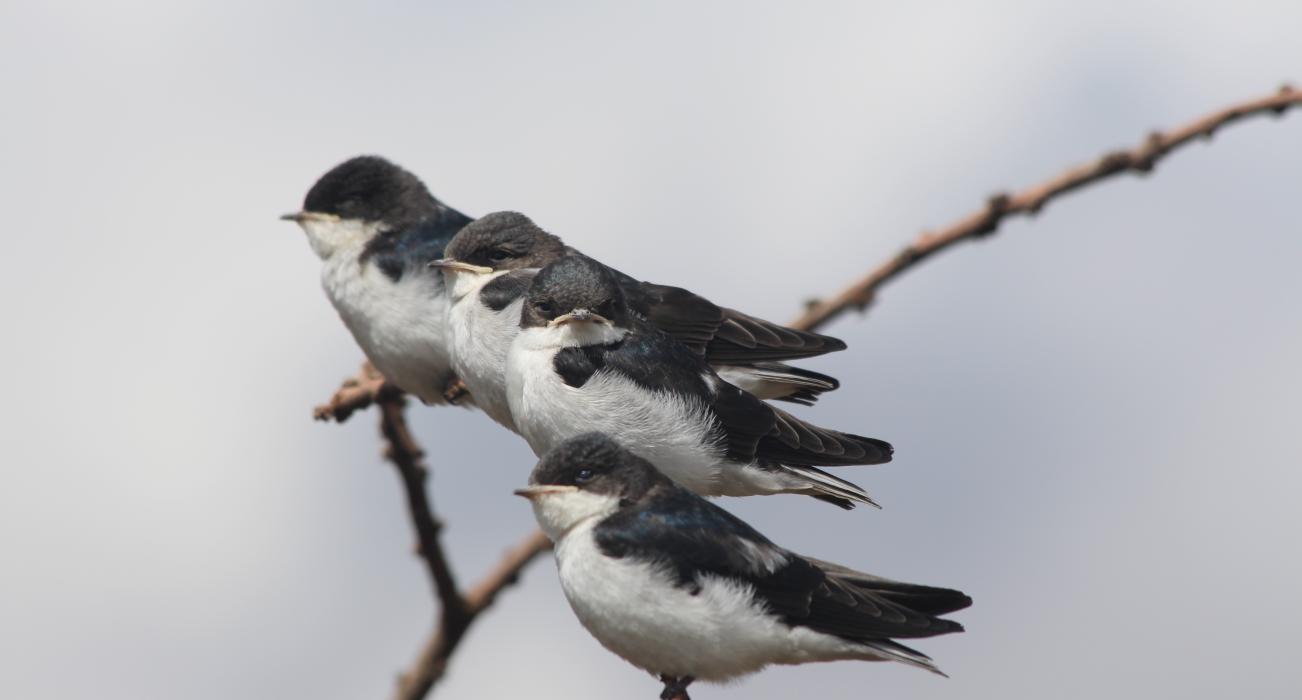 The White-tailed Swallow, Hirundo megaensis, and Ethiopian Bush-crow, Zavattariornis stresemanni, are living in ‘climatic lifeboats’ with their tiny ranges restricted on all sides by temperature and rainfall patterns. Even under moderate climate warming, models predict a severe loss of suitable climate for these birds within the next 50 years - dramatically heightening their risk of extinction.

Research published today in the journal PLOS ONE, authored by Magdalene College Research Associate, Dr Andrew Bladon (2008), says that monitoring the response of these birds to climate change will be crucial for validating the predictive ability of widely used climate models. It will also help conservationists come up with effective ways of preventing other species from going extinct in the wild.

Intensive conservation measures, such as assisted migration and captive breeding, may be the only options available to safeguard these two Ethiopian bird species now that climate change has sealed their fate in the wild. The new understanding of the birds’ ranges will help to develop conservation management plans for them in the newly formed Yabello National Park in Ethiopia.

“To find that two species are both limited by temperature at every edge of their global distribution is really quite remarkable,” said Dr Andrew Bladon in the University of Cambridge’s Department of Zoology, first author of the study.

He added: “These completely unrelated species are influenced very similarly by aspects of the local climate. As the temperature rises due to climate change, they will struggle to survive.”

The scientists looked at the impact of a range of future climate change projections from the Intergovernmental Panel on Climate Change (IPCC), from the ‘best case scenario’ in which concerted climate action causes carbon emissions to peak in 2030 before declining, to a ‘worst case scenario’ with no change in carbon emissions driving a 3-5 degree average global temperature rise by the end of the century.

They found that in all scenarios, using a range of modelling approaches, both species are at severe risk of extinction in the next 50 years as the climate is predicted to become unsuitable for their survival in 68-84% (for the Swallow) and 90-100% (for the Bush-crow) of the birds’ current ranges.

Temperature affects the foraging ability of the Ethiopian Bush-crows, so once their range gets too hot the scientists expect them to start disappearing quickly – if they can’t feed, they can’t survive. The mechanism by which warming causes the decline of the White-tailed Swallows is not known, but the team think it may affect the birds’ breeding success.

The White-tailed Swallow is a threatened species found only across roughly 8,000 square kilometres of grassland in southern Ethiopia. The species was first recorded in 1942, and despite extensive searching in other suitable habitat it has never been found anywhere else. The reasons for the swallow's restricted range have baffled ornithologists for years.

Many species have a range defined by temperature at the northern or southern limit, but the scientists think the White-tailed Swallow and Ethiopian Bush-crow may be the only examples in the world of warm-blooded animals whose entire distribution is driven solely by climate.

“Climate change-driven increases in temperature are terrible for the long-term survival of these two bird species. But if they do go extinct in the next fifty years, they are at least a useful test case to validate climate models that inform a lot of conservation work,” said Bladon.

Studies predict that specialist and range-restricted species are among those most likely to be at risk of extinction from climate change.

This research was a collaboration between the University of Cambridge, BirdLife International, RSPB, Borana National Park Authority Ethiopia, and the Ethiopian Wildlife and Natural History Society, Ethiopia. It was funded by the Natural Environment Research Council and RSPB. 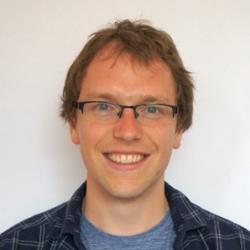 My PhD was funded by the Natural Environment Research Council (NERC), but came with only a small research budget. Conducting long field seasons in a remote part of Ethiopia, without a pre-existing research station, was expensive - in addition to covering the costs of flights, car hire and all my equipment, I needed plenty of health and safety supplies. Each year, I was lucky to be able to apply for funding from the Magdalene Graduate Tutor and Vacation Travel funds to support my research - in total contributing £1,400! Without these sorts of funds available to support graduate fieldwork, parts of my project simply would not have been feasible.

I was also very lucky, in my final year, to be among the first cohort of recipients of the Colin Corness graduate bursary. A generous donation from alumnus Sir Colin Corness was given to Magdalene, specifically to support graduate students in the final year of their PhD - covering a shortfall in living expenses between when many studentships ran out (at 3.5 years) and the final submission deadline (at 4 years). After Sir Colin made this donation, Corinne Lloyd in the Development Office and Prof. Paul Dupree (graduate tutor) were quick to implement an application process, to begin supporting students as soon as possible. At the time I was within two months of my 3.5 year deadline, with the prospect of having to write-up and submit quickly as I had no funds to continue. The £5,800 bursary from Magdalene gave me an additional five months of funding, allowing me to complete the detailed analysis for the final chapter of my PhD - the chapter on which this new paper ("Climatic change and extinction risk of two globally threatened Ethiopian endemic bird species") is based. Without the generosity of Sir Corness, and the quick work of the College, this chapter would not have made it into my thesis, and this paper would never have been written.

Through the University's block grants for Open Access, I made sure to publish this work in an Open Access journal, so that the results are freely available to anyone who is interested.

As a Research Associate affiliated with the College, I am fortunate to continue benefitting from the support of the College community - from vibrant academic discussions in Hall to rowing for MBC in the Fellows' VIII. I hope to be able to return to these activities once COVID restrictions are lifted.