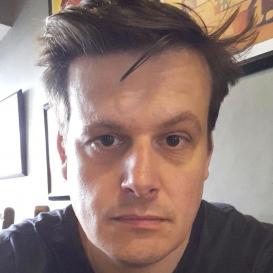 DR Oliver Morgan is a Leverhulme Early Career Fellow in the Faculty of English. He holds degrees from the universities of Cambridge, Sussex, and Geneva.

Dr Morgan's research focuses on dialogue, both in the sense of fictionalised conversation (as in a play) and in the sense of literary exchange (as in a parody or an answer-poem). His first book, Turn-taking in Shakespeare, was published in 2019 by Oxford University Press. It offers a fresh perspective on the Shakespearean text by reversing the priorities of traditional literary analysis. Rather than focussing on what characters say, it focuses on when they speak. Rather than focussing on how they talk, it focuses on how they gain access to the conversational floor. Dialogical form, Morgan argues, is as fundamental to the understanding of drama as metrical form is to poetry. A second monograph, provisionally entitled The Poetry of Reply in Early Modern England, will explore the phenomenon of 'answering' in the manuscript verse of the sixteenth and seventeenth centuries.