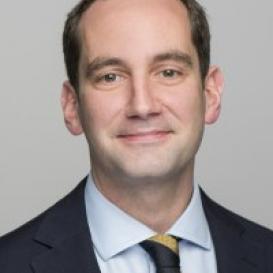 Dr Philip McCosker took a first in Theology at Oxford. After working as a lay-chaplain at the University of Rouen in France he was awarded a MTS in Systematic Theology from Harvard Divinity School.

He went on to do his PhD thesis on models of paradoxicality in mystical christologies at the Faculty of Divinity in Cambridge under Denys Turner, completing much of the research while a Visiting Assistant in Research at the Department of Religious Studies at Yale University.

Until 2012 he was Deputy Master of St Benet's Hall, Oxford, and he remains a Departmental Lecturer in Modern Theology at Oxford as well as an Affiliated Lecturer in the Faculty of Divinity in Cambridge.

Dr McCosker is the editor of What is it that the Scripture Says? Essays in Biblical Interpretation, Translation, and Reception in Honour of Henry Wansbrough OSB (T&T Clark, 2006); co-editor (with Denys Turner) of The Cambridge Companion to the Summa Theologiae (Cambridge University Press, 2016). He is currently completing Christ the Paradox: Expanding Ressourcement Theology (Cambridge University Press, 2017).