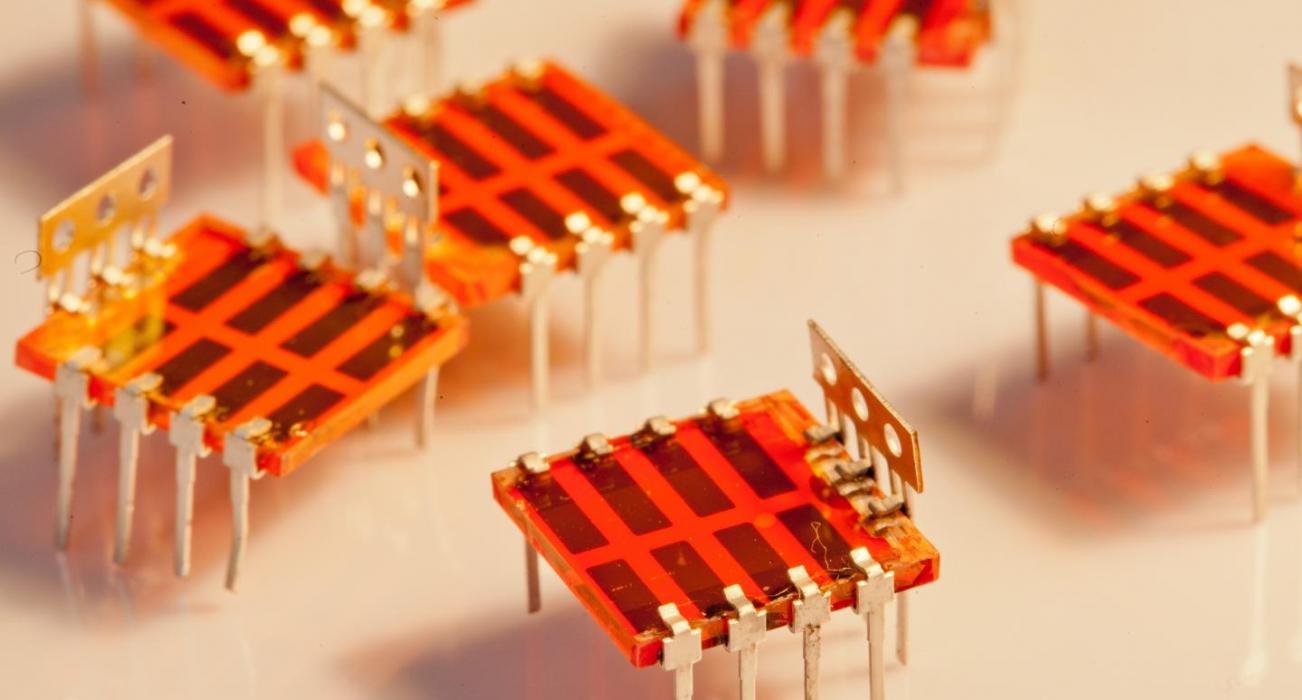 Towards a Solar-Powered Future

Solar cells convert sunlight to electricity without any carbon-based byproducts. As such, it is critical to scale-up the deployment of solar cells from 0.5 terawatts today to tens of terawatts within the next decade to meet climate targets, including the UK’s legislated net-zero carbon target for 2050.

By far the most common material used for solar cells is silicon. However, only a fraction of the total cost of solar energy is from the silicon device itself, and is dominated by the cost of ancillary items, such as labour, overheads and encapsulation. Accelerating the deployment of solar cells will rely on further reductions in the ratio of cost to power produced by the solar cells. But the efficiency with which silicon solar cells convert sunlight to electricity (and therefore how much power the devices can produce) has reached a value of 27%, which is close to the theoretical limit. New methods to break the efficiency limit without adding to the cost are urgently needed.

A promising approach is to create a tandem solar cell. Here, a solar cell with a wider band gap is grown over the silicon solar cell. The top-cell absorbs visible light, whereas the silicon cell absorbs near-infrared light, thus allowing a larger fraction of the solar spectrum (up to 43%) to be converted to electrical energy. Recently, a very promising material has emerged for the top-cell: lead-halide perovskite. Lead-halide perovskites can be grown using simple, low-cost methods but still achieve high efficiencies. Perovskite-silicon tandems have reached 28% efficiency after only five years of development, and have a realistic potential to reach 35% efficiency. Cost-analyses have showing that such tandems reduce the cost to power ratio because of the ability to manufacture the perovskite cell cheaply.

However, lead-halide perovskites contain toxic lead and can be easily dissolved in water, which poses an important risk to the environment and user if they are deployed on the terawatt scale. An important question my work addresses is why the lead-halide perovskites can be efficient despite the presence of significant concentrations of imperfections (or defects), which defies conventional wisdom for semiconductors. Such defect-tolerance is the key enabler of high performance achieved using low-cost fabrication methods.

My recent work has shown that defect-tolerance can be explained based on the electronic structure of the semiconductor. This has led to design-rules for defect tolerance, with which I have predicted several classes of materials that have the potential to replicate the defect-tolerance of the lead-halide perovskites. These materials include bismuth oxyiodide (pictured). I have found bismuth oxyiodide to be orders of magnitude more stable in air and water than lead-halide perovskites. Notably, bismuth-based materials exhibit very little evidence of toxicity; bismuth oxychloride is used as over-the-counter stomach medicine.

My PhD students and I developed a scalable method to grow thin films of bismuth oxyiodide from the vapour-phase, giving dense coverage of the substrate. By sandwiching the thin film between two charge-selective semiconductors, we achieved solar cell devices that are able to convert up to 80% of photons into electrons. The band gap of bismuth oxyiodide is 1.9 eV, which absorbs red light and bluer (hence the red colour of the material) and is ideal for top-cells in tandem with silicon. Through first-principles calculations, we showed bismuth oxyiodide to tolerate the most common point defects, confirming our predictions.

Beyond bismuth oxyiodide, a wide range of other bismuth- and antimony-based compounds were predicted. There is a rich space of materials, with hundreds of compounds, to explore. But the key question will be how to explore these materials in an effective manner. Future work will need to focus on developing a more complete set of design-rules to pin-point the most promising defect-tolerant materials. 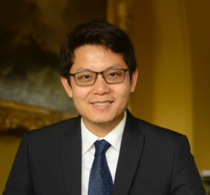 Dr Robert Hoye (2016) is a Lecturer and Royal Academy of Engineering Research Fellow at Imperial College London. He was formerly a Junior Research Fellow (2016 – 2019) at Magdalene College, where he worked on optoelectronic materials, firstly in the Cavendish Laboratory, and subsequently as an independent Principal Investigator in the Department of Materials Science and Metallurgy.