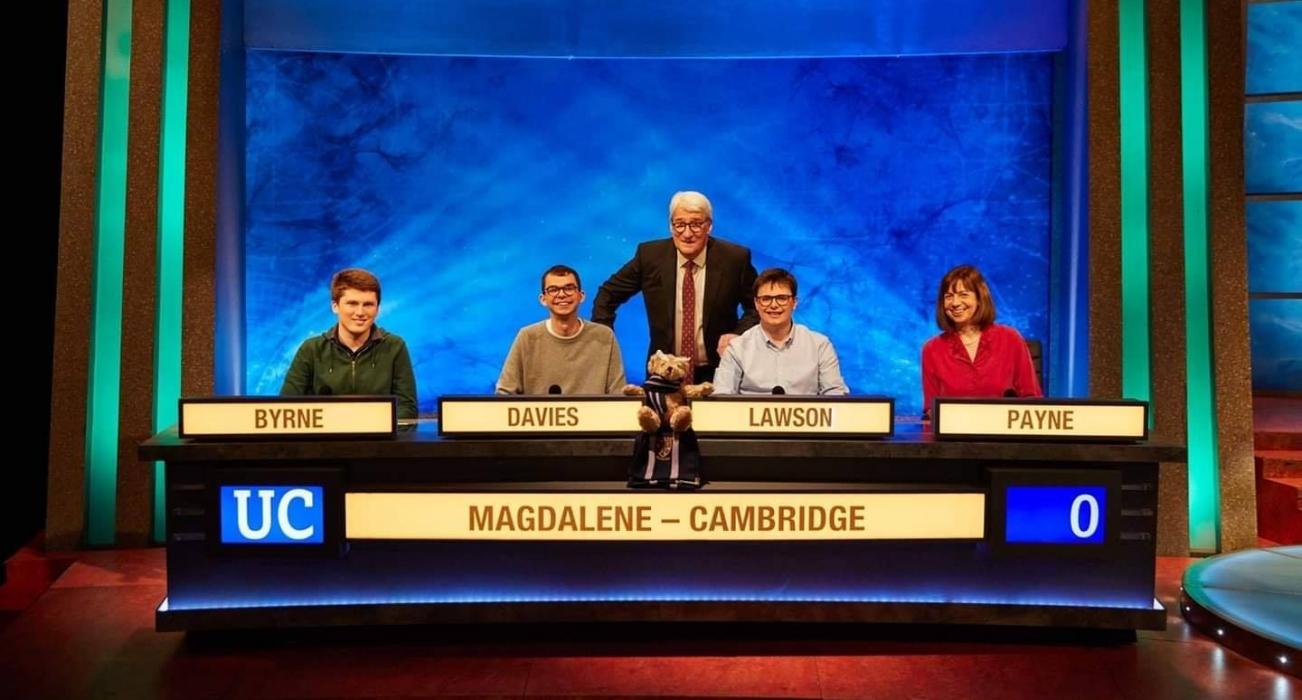 Join Professor Chris Lintott (1999) and the 2021 Magdalene University Challenge Team for a fun and informal roundtable discussion with Daniel Lawson (2016), Adam Davies (2017), James Byrne (2018), Ceri Payne (2019), and reserves Sasha Tsovma (2019) and Edwin Balani (2016), to find out about their experience making it all the way to the final of the iconic quiz show, how it all started, and whether Jeremy Paxman is as scary in real life!

Professor Chris Lintott (1999) BBC 'The Sky at Night' presenter and Professor of Astrophysics at Oxford, chared this event. He is no stranger to University Challenge having competed when he was a student and in his own words suffered a "horrific loss" against University College Oxford crashing out in the first round, although in his defence it was filmed the day after the Magdalene May Ball! He was also Team Captain in 2016 for a special Christmas edition featuring well-known alumni, with team-mates Clemency Burton-Hill (2000), Stefan Wolff (1995) and Mike Newell (1960).

University Challenge, the academic quiz show where teams of students from UK universities answer questions on a huge range of subjects, first aired on ITV in 1962. Nine hundred and thirteen episodes between 1962 and 1987 were presented by quizmaster and Magdalene alumnus Bamber Gascoigne (1955). Revived in 1994 by the BBC with Jeremy Paxman at the helm the fiendishly difficult quiz has become an iconic staple of British TV.