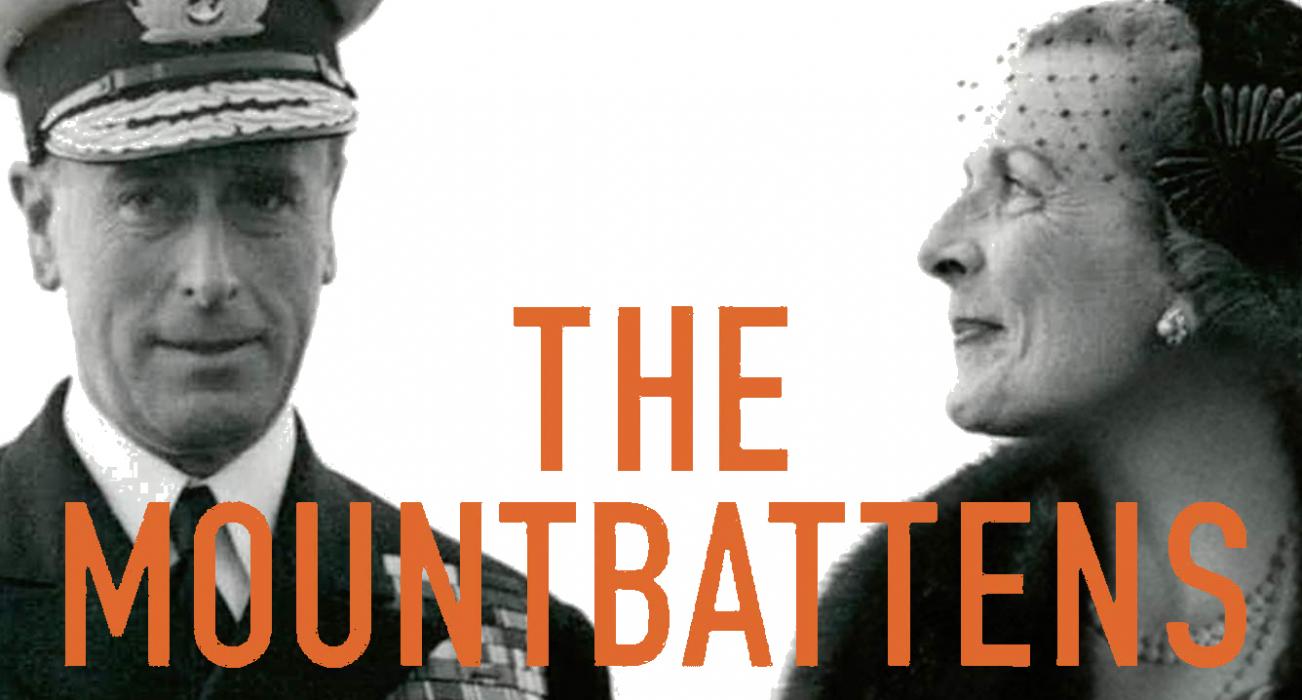 The Mountbattens by Andrew Lownie (1981) 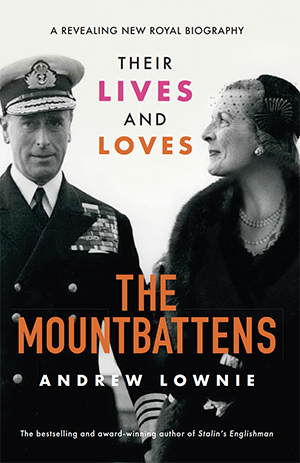 Drawing on four years of research around the world, prize-winning and bestselling historian Mr Andrew Lownie (1981) provides a fresh and revealing portrait of the glamorous couple behind the modern royal family.

A major figure behind his nephew Philip’s marriage to Queen Elizabeth ll and instrumental in the royal family taking the Mountbatten name, Dickie Mountbatten’s career included being Supreme Allied Commander of South East Asia during World War Two and the last Viceroy of India.

Once the richest woman in Britain and a socialite who enjoyed numerous affairs, Edwina Mountbatten emerged from World War Two as a much loved and very effective charity worker.

From British high society and the South of France to the battlefields of Burma and the Viceroy's House in India, this is a rich and filmic story whose characters include all the key figures of the Second World War from Churchill and Montgomery to Roosevelt and Eisenhower as well as  the Duke of Windsor, George VI, the Queen, Prince Philip and Prince Charles, Charlie Chaplin, Noel Coward, Salvador Dali, George Gershwin, Joan Crawford, Fred Astaire, Barbara Cartland, Grace Kelly and Merle Oberon.

This is an account of an unusual marriage which, whilst beset with infidelities, was also a loving and mutually supportive one. It also reveals much new information on many of the controversies of Mountbatten’s career from the disastrous 1942 Dieppe Raid to the rapid transfer of power in India in 1947 as well as his murder in 1979.

After I left Cambridge I worked as a journalist and in publishing, setting up my own literary agency in 1988, but I also began to write books – first editing and contributing to a collection of essays on American espionage, then compiling a literary companion to Edinburgh before taking the plunge into biography with a life of the writer John Buchan in 1995. This was followed by a book on the Cambridge spy Guy Burgess in 2015 and this autumn by a joint study of Dickie and Edwina Mountbatten.

This ‘portrait of a marriage’ approach has provided a fresh angle on two subjects who have already had biographies and I believe can be justified. The couple had an important public as well as private partnership and their love affairs have a significance, not least because Edwina’s affair with Nehru had huge political consequences.

The book took four years to research in archives around the world, most notably in the extensive Mountbatten papers at Southampton University. I also traced over a hundred people who had known the Mountbattens, most of whom had never spoken before. They included his domestic and professional staff such as his valet, private pilot, gamekeeper, bodyguard, Military Secretary, his driver from 1948 as well as his daughter, two of his grandchildren, several of his former lovers, and his godchildren.

Writing a dual biography is tricky because you need to keep each character in play throughout the book, even though for long periods they may not be doing anything note-worthy. A problem here, too, was that Edwina dies three-quarters of the way through the story. There is a lot of complicated information to impart and a huge cast of characters who have to be described, yet one needs to keep the narrative fast-paced.

The book has excited a certain controversy with its revelations, based on declassified FBI files, about Mountbatten’s paedophilia and bisexuality but it has disclosures too on some of the controversies of his career, including the 1942 Dieppe Raid and the Transfer of Power in India in 1947.

It’s important the biographer is not judgemental, especially about their sexual antics, and presents information about their character and behaviour leaving the reader to draw their own conclusions. Some readers have felt the book was critical, others broadly sympathetic.

My views on the couple did change in the course of the book. Edwina emerges as a spoilt rich girl who found a purpose to her life and is the heroine of the book. Mountbatten, for all his gifts and achievements, comes across as mendacious, vain and at times rather pathetic. He had always claimed ‘No biography has any value unless it is written with warts and all’. I hope that is what I have done.

The Mountbattens: Their Lives & Loves