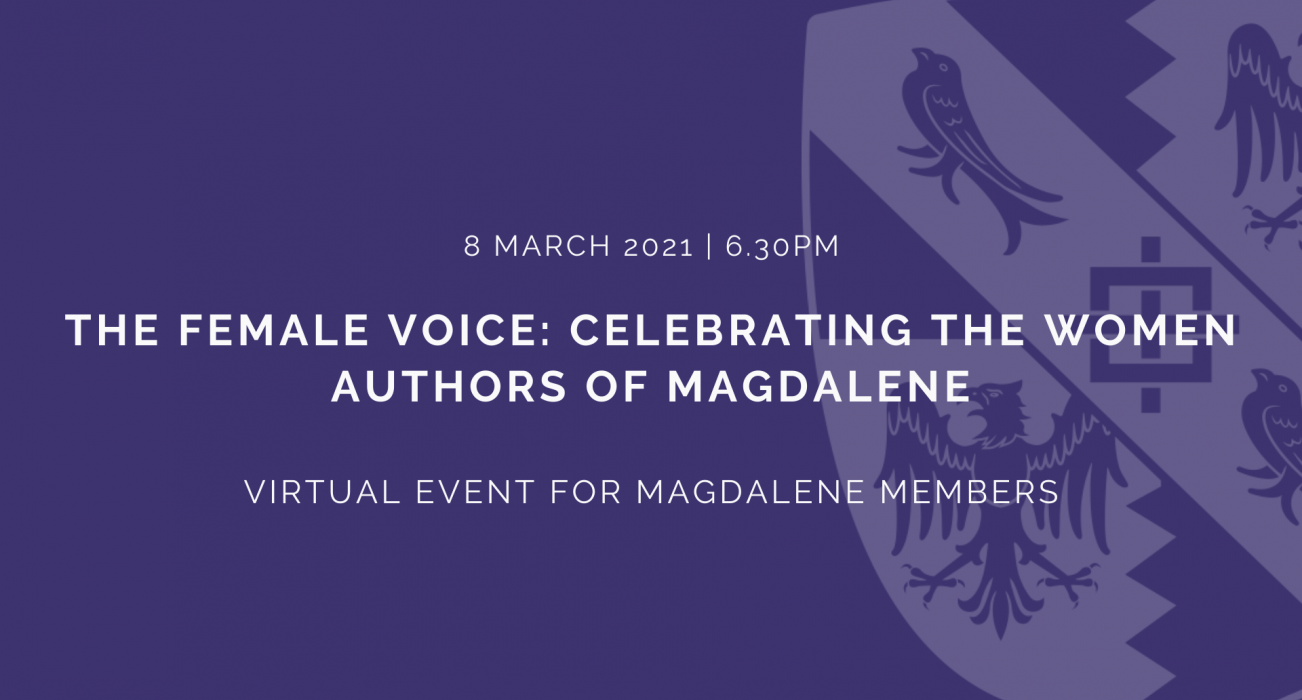 The Female Voice: Celebrating the Women Authors of Magdalene

18:30 PM - 19:30 PM
Online, Virtual Event
Join us as we celebrate International Women’s Day with a roundtable discussion featuring some of Magdalene’s female authors.

What is your process of writing? How did you discover your voice as an author? What inspires your characters? What challenges did you face in getting published? Members are invited to attend a webinar and Q&A with four of Magdalene's recently published fiction writers to discuss their experiences of becoming an author.

Leaf Arbuthnot's (2010) acclaimed debut novel Looking for Eliza was published 2020. She is currently acting Features Director at Tatler and has written for the Sunday Times, The Guardian and Vogue. Looking for Eliza is about an unlikely friendship between a cranky widowed poet, Ada, who starts a business in Oxford selling her services as a grandmother for hire, and her neighbour Eliza, a skint, bisexual Cumbrian doing a doctorate.

Miranda Malins' (2006) debut historical novel The Puritan Princess was published in 2020. She is an antitrust and competition lawyer and historian specialising in the history of Oliver Cromwell, his family and the politics of the Interregnum period following the Civil Wars. The Puritan Princess follows Frances, the youngest daughter of Oliver Cromwell, as she navigates her way through the political intrigue and upheaval of her father’s reign.

Christina Sweeney-Baird's (2012) highly anticipated debut novel The End of Men is due to be published 2021. She is a corporate litigation lawyer and has also written for The Independent and the Huffington Post. The End of Men is set in a world where a virus stalks our male population and asks: what would our world truly look like without men?

Rebecca Kuang's (2012) highly successful Poppy War series (The Poppy War, published 2018, The Dragon Republic, published 2019, and The Burning God, published 2020) is a Chinese-history inspired epic fantasy trilogy about empire, warfare, shamanism, and opium. The Poppy War trilogy was nominated for the Nebula, Locus, and World Fantasy Award, and her work has won the Crawford Award and the Compton Crook Award for Best First Novel. Rebecca is currently pursuing a PhD in East Asian Languages and Literature at Yale.

This event is fully booked