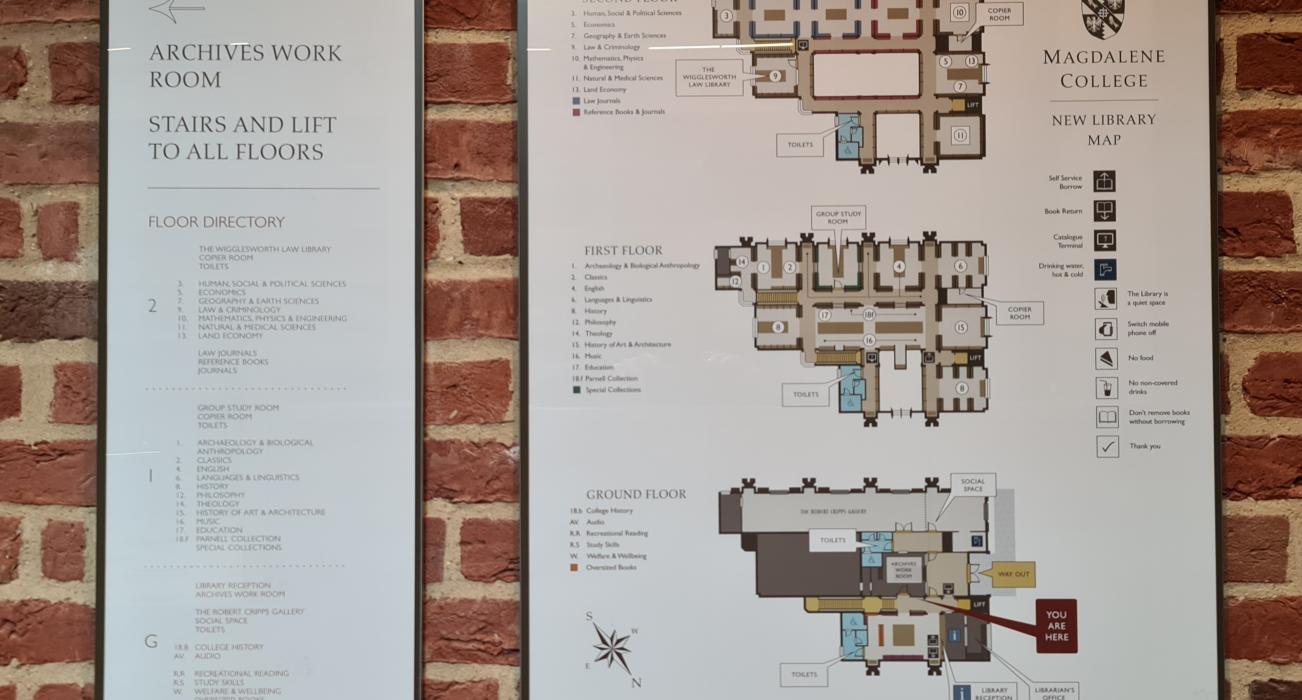 Guidance on using our online catalogue to locate resources in the Library.

Searching for a book

The first step to finding a book in our collection is to look for it on the Library catalogue. There are two catalogues that list our books:

iDiscover: University-wide system which include records for the University Library, Departmental Libraries, and College Libraries (including Magdalene).idiscover.cam.ac.uk

A LibGuide is available which explains how to get the most out of using iDiscover and includes several useful introductory videos.

If you have any questions about search strategies or need assistance with a particular enquiry, please ask the Library Team.

Is it available to borrow?

For further details, such as due date, click on ‘Magdalene College Library’.

Under ‘Status’ it will tell you if it is on the shelf.

The status will be either:

If a book is ‘On Loan’ then you can log into your account and Recall it if you require it. Depending on who has the book they will have to return it in 3 days, excluding weekends (see loans policy). You will be notified when it is available.

If an item is shown as ‘Item in Place’ but is not on the shelf please let a member of the library team know, as it may have gone missing.

Check where the book is located in the Library

To find where a book is in the library you need to know the ‘Location’ and ‘class mark’. 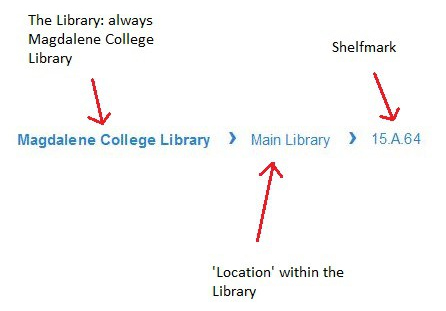 There are a number of locations in the Library:

Oversize: Located on the ground floor, facing the noticeboard.

Reserve Collection: Please ask staff if you need any item of Reserve Stock.

We have two different types of classmark in the New Library. Once you have the classmark, you can locate the books via the annotated map, or by looking at the numbering on the end and top of the stacks and on the shelves.

The classmark consists of a number, one or more letters, and a number, e.g. 4.D.20. The first number represents a broad subject area, the letter represents a more specific subject, and the final number is the place within that sequence. For example:

20 = It is the 20th book in the Shakespeare sequence

The newer style classmarks have additional subdivisions and are organised on the shelf in alphabetical order according to the author’s surname. For example:

Please note, with the new style classmarks you will find multiple books with the same classmark, particularly if they are by the same author. In these cases you should check the spine or barcode to ensure you have the text you want.

The Library is classified into the following broad subject areas and subdivisions.

6. Modern and Medieval Languages and Linguistics

Each section is further subdivided into:

P               Miscellaneous Science (including History and Philosophy of Science)

14. Theology, Religion and the Philosophy of Religion

15. Architecture and History of Art

If you have any questions or queries about the College Library please contact the Deputy Librarian or Libraries Assistant.